A mentee becomes a mentor

Harold has built a distinguished career, grounded in this advice his father passed to him: Trust your instincts and have confidence in your own abilities.

“One reason why I keep working hard is because I know my work is valued. The contributions I’ve made at Scotts have been recognized and rewarded throughout my career.” A leader no matter the odds

Many of our R&D team members look up to Harold. He is an award-winning research fellow, lead technologist and innovator; he serves as a mentor to junior-level scientists throughout our company. He says, “Trust your instincts and have confidence in your own abilities.” This advice was instilled in him by his first mentor: his father.

Harold’s father was a chemist for a major American oil company, and this piqued Harold’s interest in science and chemistry at a young age. Along with sharing his knowledge, Harold’s father taught him to keep learning and to keep moving forward even when the odds seemed stacked against him. And that’s what Harold did.

Born and raised in Chicago, Harold went on to study chemical engineering at the University of Detroit. There, he gained confidence in himself and began to realize the contributions he could make to science.

Being valued and recognized

Harold joined our family in 1985 and has helped us make great strides with our lawn and garden products. He has seven issued patents, all of which cover a variety of fertilizer and active ingredient technologies. “One reason why I keep working hard is because I know my work is valued,” he says. “The contributions I’ve made at Scotts have been recognized and rewarded throughout my career.”

Harold always welcomes a challenge, and he believes that’s a key to success. He says, “At Scotts, you’ll experience things you already know, but you’ll also learn to use technologies in ways you’ve never considered. If you’re up for the challenge, you’ll be a success.” 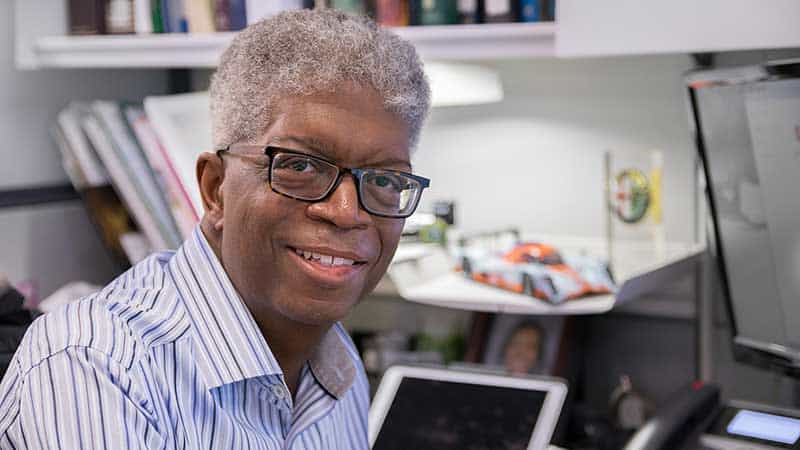