No one has a better perspective on the lawn and garden industry than Jim, or more passion for it. His father, Horace Hagedorn, launched the original Miracle-Gro in 1951. Jim grew up watching the Miracle-Gro brand earn the trust of gardeners all across America, and he’s committed to maintaining that legacy with gardeners today.

A former fighter pilot known for boldness and ingenuity, Jim helped orchestrate Miracle-Gro’s merger with Scotts in 1995, creating the leading consumer lawn and garden business in the world. He became CEO of the combined company in 2001 and was named chairman of the Board of Directors in January 2003. He served as president from May 2001 to December 2005 and from November 2006 to October 2008.

Jim has an insatiable appetite for new information, which keeps him exceptionally well read and knowledgeable on almost any current topic. He seeks out learning experiences at business and leadership conferences around the world. Jim is a graduate of The Harvard Business School Advanced Management Program and holds a degree in aeronautical science from Embry Riddle Aeronautical University, where he is a member of the Board of Trustees. 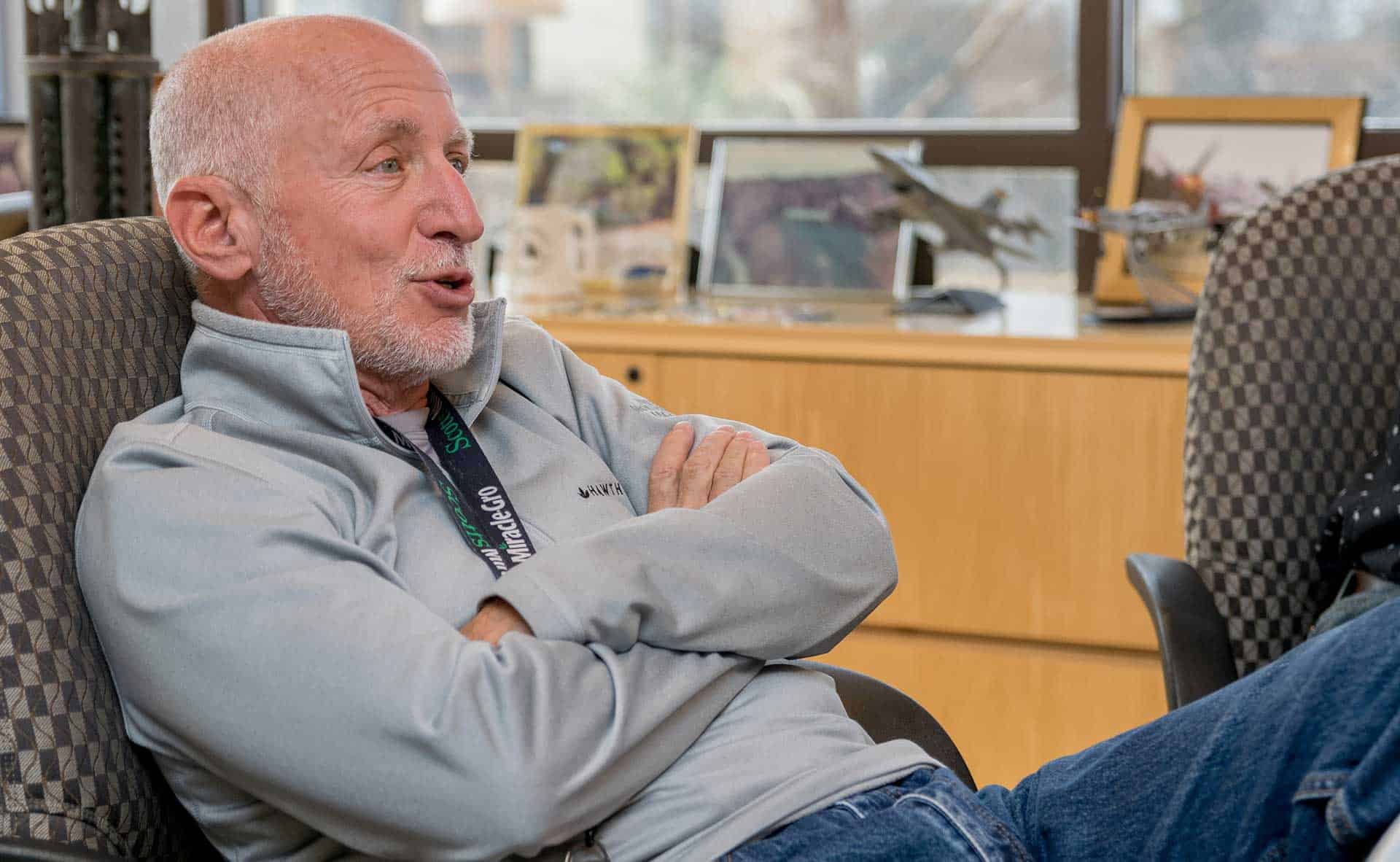 In addition, he is associate trustee of the North Shore Hospital in Manhasset, N.Y.; chairman of the board for the Farms for City Kids Foundation, Inc. in Reading, Vt.; former board member for the Centers for Disease Control and Prevention (CDC) Foundation; and former trustee at the Intrepid Foundation. Jim also served as co-chairman of the National Fund for the U.S. Botanic Garden in Washington, D.C.

Jim served in the United States Air Force for seven years, where he was a captain and an accomplished F-16 fighter pilot. Jim continues to be passionate about flying and spending time with his grandchildren. He is rarely seen without one of his beloved German Shepherds in the office or in the air.

Our Leadership Team
Who We Are